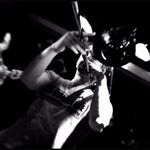 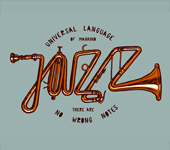 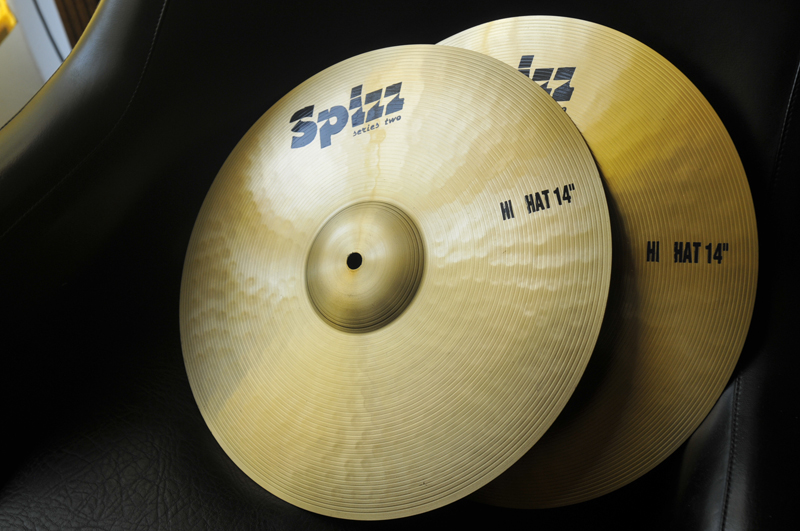 *** Kaboom Pow ***
_Somebody was trying to tell me that CDs are better than vinyl because they don’t have any surface noise.
I said, 'Listen, mate, life has surface noise.'_
Haut

We are the Spizzichino Family and we are issuing this release in regard to Roberto’s name and legacy. A few days ago it was brought to our attention that the company Universal Percussion was presenting and promoting a new series of cymbals branded "Spizz".

In addition, Universal Percussion was promoting this line as if it were somehow associated with Roberto, his family and his legacy, and have used Roberto’s reputation to further this message. To be clear – while we no longer control the brand name of “Spizz” - any use of Roberto’s name and image is neither authorised nor approved by his family.

The brand "Spizz" (now a registered trademark of Universal Percussion) was originally used by Roberto Spizzichino until 1989. From 1989 onwards, Roberto's cymbals were then branded "R. Spizzichino" and from then on there has been no connection between Roberto and the brand name “Spizz”. The Wuhan/Spizz was a collaboration that lasted only a few months in 1989 and, because Roberto didn't agree with the direction of the product, he decided to sever his ties with the company. At this point, his personal selling prices never reached 1.000USD$ and continued in this fashion up to his death - those who have purchased directly from him can attest to this.

Universal Percussion has represented that it has entered into a relationship with Roberto’s Turkish cymbal supplier. The truth is that, as a cymbal-smith, Roberto acquired blanks from many sources throughout his career, using several foundries in China before eventually switching to Turkish foundries - over the years he used blanks from over ten different Turkish factories.

The ONLY partner that Roberto has ever had, was his wife.

In addition, Roberto's hammering technique was unique and the secret formulas were applied at the finishing stages of the cymbal - a formula known only to him, that changed greatly throughout the years.

Many people have experienced seeing Roberto hammer and turn a blank cymbal into a fully hammered and shaped one, but the secret formulas and concepts applied to his creations happened at the end of the process - in complete secrecy, again a very well-known fact.

Roberto's passion/obsession for cymbals and music is what made him a very special person, musician and cymbal-smith and what helped him developed his unique sound - a sound that cannot be replicated without his exact combination of formulas.

We, as Roberto's family, deeply miss and treasure his art, so we feel that any allusion to the Spizzichino brand, image and likeness of Roberto are truly heartbreaking, inconsiderate and a careless tribute to his legacy.

We apologise to all of Roberto's clients, fans, followers, family and friends if they have been offended or confused by the association with his name. We intend to explore all of our options to maintain Roberto’s integrity as an artist and to protect our family name from being used to make a profit for others.

Respectfully,
The Spizzichino Family
*** Kaboom Pow ***
_Somebody was trying to tell me that CDs are better than vinyl because they don’t have any surface noise.
I said, 'Listen, mate, life has surface noise.'_
Haut 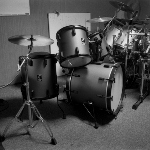 
I am the founder of Universal Percussion.


It has come to my attention that you and a few of your friends have gone way out of your way to destroy the sales and branding of Spizz cymbals that I registered around the world.


In fact I have been forwarded numerous slanderous statements (including changing the cover) of our new U.P. catalog) to imply we are unethical percussion. My catalog is covered under the global copy write laws as well a direct infringement using the pictures, Wuhan, Spizz, Attack and Universal Percussion trade marks in a way that dilutes the high profile and 40+ years reputable service to thousands of dealers around the world.


I need you to know that I worked hard In my 40 years as a drum builder, retail drum shop owner and have built a high quality reputation of being known as the largest distributor of percussion products in all of North America!


After reading the many statements that dilute both the U.P. reputation as well as the Spizz brand of cymbals that I own I would like to make the following demands.


1.). You and all the people you encouraged to damage the launching of Spizz cymbals as well as your slanderous will be addressed one by one.


A.) I need a written apology from you and each of your small cymbal makers in writing, posted on the drum forum admitting that you were wrong.


The fact is the Spizz cymbals made of B25 composition of 2016 sound extremely good. They are the same as the ones Roberto produced from the blanks he purchased from the factory in Turkey, but they are in fact a premium hand hammered line of high quality cymbals from Istanbul.


You should know that I did speak with the daughter in law from Italy. She also followed up with a nice letter saying;


It is ok to use the Spizz name as long as we don't show that we were in any kind of a partnership with Roberto. Now we have a disclaimer that separates Roberto's Spizz from the 2015 version we are making.


She also asked me if I would consider changing the font on Spizz. I don't legally have to do this but I am planning to change to a smaller generic Spizz font soon!


You should know that I wanted to add a hand hammered line of cymbals from Turkey. It came as a complete surprise to me to discover that the 2011 Roberto was buying a special B 25 blanks from the same factory and shipping them to Italy to hammer and tune.


In addition, I went through the proper legal system to first apply for the Spizz trade mark.
Under international customs law, I had to wait many months for a search to go to patent attorneys around the world to see if anyone was using the Spizz name.

In all cases, no one was using the mark and Spizz was awarded to me.


On a side note, from reading your aggressive and damaging posts I have to ask myself:


If Roberto and his family are really close to you, why didn't you advise them to register the Spizz name for protection? In fact, if Roberto was even a so-so friend then why didn't you register the name and transfer it to Roberto's family. The cost is only a few hundred dollars. You own (stole) the George Way name and registered it in the USA, meaning you understand trade mark law!!


I also wanted to point out that my good friend Bob Beals, a 50-year owner from Evans, was a very close friend to George Way. Bob told me countless stories of the many incredible products George made for our percussion industry.


In fact, George was a pioneer to most of the big percussion companies in the 50's and 60's. He designed a lot of stands, hardware and parts for Ludwig, Rogers, WFL and Camco, just to name a few.


On a scale from 1 to 10, George Way was a solid 10, compared to Roberto who was less than a 1. Meaning George Way designed hundreds of Innovative percussion products and Roberto made a few thousand cymbals in his entire life time.


You comment saying a drum is a drum, but a cymbal is a true instrument and is a prime example of how stupid you really are. Why not call John Good, Keith Larson, Dale Flanigan or Joe Montineri and tell them their bearing edges, snare bed and lacquer are all B.S.?


My point is, I went through the global trade mark office to relaunch a Spizz cymbal in 2016 that is not better or worse than any other cymbals from Turkey. All because cymbals are such a personal thing to jazz drummers.


Since my launch, I would estimate you have cost me over 300k in lost profits and a huge amount more in slander and diluting the integrity of U.P.'s great reputation in most drum shops in the USA and around the world!


As for George Way, the Way Right Drums, I would like to see a copy of the price you paid to use this high profile name?

My guess is you waited until long after his passing in 1978 to exploit the George Way family exactly the way you have accused me of the launching of Spizz!

My guess is you simply stole it and registered G.W. in the USA free of charge.

In fact, it looks to me that the only thing that you did was to get approval to reprint the article about George Way, also free of charge- could this be true?

The fact is the very thing you have thrown tantrums (over and over) about U.P. registering the Spizz name, is exactly what you have done in stealing the George Way name without paying a dime for it! Correct?

In closing, I want you to know that in our small tight group the global percussion industry, you are not considered a member for being so un-cool to a fellow company (me), while attempting to scratch out a living because of my 40-year passion for our industry.

In closing, I am going to give you and all of your friends who made damaging statements about my Spizz cymbals as well as U.P., until the end of March. You will need to post multiple retractions to undo everything your group (who is small and uneducated) have said that hurt my Spizz sales and diluted the good reputation of U.P.


On April 1st, I will back track every statement made and file international lawsuits against each person or company who have gone out of their way to damage my Spizz brand and the lifetime reputation I have built for my company.


Perkins Coie is the largest global trade mark patent attorney in the world with over 600 full time patent attorneys on staff. They recently fought cases against Guitar Center, Bain and Zildjian. If you want to get sued out of business, do nothing and expect to be taken to Federal Court- and lose!


The last thing you need to know is, according to my special customs attorney, it is illegal to make shells in North America and install imported parts from the Pacific Rim Reliance and then claim your drums are made in the USA!


I believe the free George Way drums you are producing are a direct infringement on U.S. Customs because the country of origin needs to say made in Taiwan from day 1.


According to Peter Fitch, a 45 year special Customs attorney, the fines (per shipment) into the USA could be as much as $100k per shipment including up to 1 year in jail (per shipment).


On April 1st, I will instruct Peter to stop all importation into the USA and send federal marshals to confiscate all of your products and contact your dealers who may be guilty of fraud!

I will be happy to meet you at the Messe (ON ANY LEVEL) if you would like to discuss this further!


Again, I am giving you until April 1st to undo the damage you have done to my cymbals and company. If I don't see or hear anything, plan on this being your last year in business!

In support of our many dealers it has become necessary to address the bad press imposed on Universal Percussion by Ronn Dunnett and friends. It is our intention to protect our dealers inventory of Spizz cymbals as well as our huge assortment of house brands.

Thanks for your continued support and understanding. Please see the Modern Drummer e blast that will hit around 80k drummer today